As a student at the Graduate Center, City University of New York, during the Sept. 11, 2001, terror attacks on the Twin Towers, University of Wisconsin-Stout English Professor Lopamudra Basu developed an interest in studying the impact of that day.

“I witnessed the public events of 9/11, from the space of the city, and even though I moved away from the physical locale of the city the impact of this event on American identity and national belonging, particularly its effects on the racialization of South Asian, Arab and Muslim Americans, has continued to be felt for nearly two decades,” Basu noted. 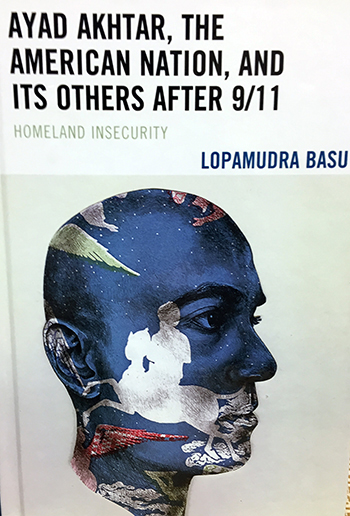 Basu recently published her scholarly book “Ayad Akhtar, the American National and Its Others after 9/11 Homeland Insecurity.” Akhtar is a leading South Asian American writer. He won the 2013 Pulitzer Prize for drama, and “Disgraced” became the most produced play in the 2015-16 season. His works have been written and performed after 9/11 and deal with Muslim American identity and the questions of America’s status as a global superpower.

“September 11 marks a watershed moment in recent American history and represents a tectonic shift in America’s vision of itself as a nation,” Basu wrote. “… the attacks emphasized American’s vulnerability in a changed geopolitical landscape.”

After 9/11 there were protracted retaliatory wars in Afghanistan and Iraq and an imposed system of domestic surveillance with the passage of the Patriot Act in 2001. Ethical questions have been raised about the treatment of suspected terrorists and war prisoners at American-run prisons at Abu Ghraib and Guantanamo Bay.

“The repercussions of this have been felt by United States’ brown minorities, particularly Arabs and South Asians. For me literary criticism is a way of opening up a window to a world, and to see the world in its complexities,” Basu added. “I want to offer a way of reading literary works and illuminate things that may not be obvious.”

After 9/11 Basu, who was born in Calcutta and lives in Eau Claire, said international students were encouraged to always carry documentation papers when previously they had been told to keep them safe from being stolen. “Somehow it became important to have some authoritative document, to prove your legitimacy,” she said, noting there was suspicion of anyone who looked like a Muslim.

In the book, Basu discusses Akhtar, a Milwaukee native, as a writer capturing the transition of the American nation into a “homeland security state,” a term proposed by author Donald E. Pease to describe events after 9/11 in his book “The New American Exceptionalism.”

“The ‘homeland security state’ is a state of emergency or surveillance where civil liberties of Muslims and other brown minorities are sharply curtailed,” Basu wrote. “Akhtar’s works like his early films ‘The War Within’ and ‘Disgraced’ document this moment.”

In “Disgraced” a successful Pakistani American lawyer is happy, in love and about to land a huge promotion. But when he and his wife, a Caucasian artist inspired by Islamic painting, host a dinner party for the lawyer’s African American co-worker and her Jewish husband, the evening takes an unexpected turn and Amir makes a costly decision. In “The War Within” a Pakistani involved in a planned attack in New York City experiences a radical transformation from a peaceful to a violent individual.

Akhtar also writes in his literary works about the financial crisis Americans experienced in 2008. “This is an American author who is very concerned with American capitalism and greed without conscience and its effect on average people,” Basu said.

Akhtar creates complex and flawed protagonists who often fulfill negative stereotypes of misogyny, violence and anti-Americanism, sparking debate in the critical reception of the writer. On one hand, he is seen as pandering to white American Islamophobia and on the other he is viewed as committed to artistic truth rather than political agendas, Basu said.

Basu was introduced to Akhtar’s novel “American Dervish” when he visited the Chippewa Valley Book Festival in Eau Claire in 2012. She is grateful for the committee that makes the festival possible. She also is grateful to UW-Stout for granting her a one-year sabbatical in 2016-17 to work on the book and reduced teaching time for a semester to help complete it. She also received a UW-Stout Dahlgren professorship from the UW-Stout Foundation to help fund research for the book.

Basu teaches a class on “After 9/11” addressing the trauma and race relations. 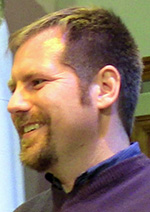 Kevin Drzakowski, UW-Stout English and philosophy department chair, said the department spends a lot of time thinking about how to situate literary study in the context of a polytechnic university. “In other words, we put energy into justifying the power that literature has to be applied to practical matters,” he said. “Dr. Basu's book has me thinking we might be trying too hard because one only has to peruse the topics covered in this text to see how the applications of literary study are self-evident. The social issues that Ayad Akhtar deals with are some of the most pressing problems in America today, and Dr. Basu is a fantastic scholar to guide us through these questions.

“It's an understatement to say that 9/11 changed America. As prevalent as that change has been, though, we're still struggling 17 years later to sort out all the ramifications. I think that's why Dr. Basu's ‘After 9/11’ literature class is such a popular course. Students want to engage with these issues. I hope that some of the students who have emailed me over the years hoping to get into that class will give the book a look.” 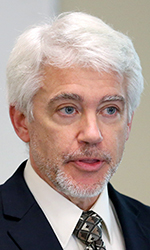 UW-Stout Provost Patrick Guilfoile said Basu’s book is important “because it helps us interpret critical works that provide perspective about Muslims in America and America’s place in the world, topics that are particularly worthy of consideration at this point in history.”

Guilfoile said a key purpose of a sabbatical is to allow faculty to remain current in their disciplines and engage in activities to reinvigorate their teachings and scholarly activities. “Lopa’s book fits this purpose for a sabbatical project to a ‘T,’” he said. “As a faculty member who, among other things, teaches writing, her ability to provide examples to her students from her experience crafting this book will contribute to student learning. In addition, Lopa teaches about Ayad Akhtar’s work in several of her courses. Her critical analysis of his books, films, and plays will enhance her ability to teach her students about these important perspectives on Muslims and America’s role in the world.”

Even though it is a scholarly work, Basu strove to write her book so a general audience could appreciate it.

The book contains an interview Basu did with Akhtar in November 2016. Basu found Akhtar warm and an author who spoke thoughtfully about his challenges. “He felt his job as a writer was not to do a public relations campaign for his community and that he had to write the truth as he saw it,” Basu said.

The cover of the book is an image of a 2016 “Portrait of the Artist” etching by Shahzia Sikander.

Sikander’s painting draws inspiration from traditional Islamic images of the Prophet’s celestial ascent. The red white blue trope in the painting is a play on the lasting effects of colonial and imperial histories. The blue in the portrait also embraces the lore of Lapiz in Indo-Persian miniature painting. The image is part of the permanent collection at the National Portrait Gallery in Washington, D.C., and an iteration is permanently installed as a 60-foot glass mosaic at the economics building at Princeton University, according to the book.

The book was published in December 2018 by Lexington Books of Lanham, Md. Lexington is an imprint of Rowman and Littlefield and a leading publisher of peer-reviewed academic books in the humanities. The book is available directly from the publisher or on Amazon.com.

Basu has been invited to contribute an essay on teaching 9/11 literature in a proposed volume by the Modern Language Association titled “Approaches to Teaching 9/11 Literature.” She also plans to work on an article about the depiction of Syrian refugees in graphic novels.

Basu is scheduled to talk about her book at UW Stout’s Honors College on Tuesday, Feb. 26. She also is planning a lecture at the L.E. Phillips Memorial Public Library in Eau Claire on Tuesday, Sept. 10.

UW-Stout is Wisconsin’s Polytechnic University, with a focus on applied learning, collaboration with business and industry, and career outcomes.

The book looks at the Akhtar’s writings deal with Muslim American identity and the questions of America’s status as a global superpower.